Ross Russell, a staff writer for the popular backcountry hunting website Rokslide.com, spent all spring roaming the mountains of Eastern Washington and Northern Idaho in search of elk sheds. Along the way he was able to put the Crispi Nevada GTXthrough the ringer, giving it a solid testing with many many miles, including more than a couple river crossings.

As a result Ross wrote an in depth review of the Nevadathat is worth the read. Here is a little of what he wrote

One thing you learn early on as a mountain hunter is that if your feet aren't happy, you aren't having fun! If you choose the wrong boot for your feet and the conditions, you'll suffer and likely cut your trip short. We've all seen either our own or our friends' badly mangled feet from blisters and the like. Just the thought of it makes you cringe and not want to be a recipient of this pain. I don't get to spend the amount of time in the mountains that I would like, so I refuse to lose a day to the result of poor boot selection. 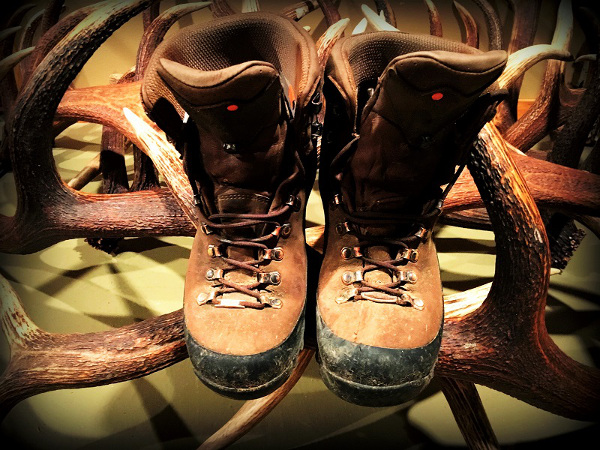 I recently had a chance to try out the Crispi Nevada GTX Hunting Boot . My time afield would be in the woods of Idaho during April and May shed hunting with conditions ranging from very wet to very dry, snow fields, a lot of brush, rocks, and many miles of side-hilling, stream crossings and temperatures ranging from the high 20's to low 80's.

Never having worn a pair of Crispis, the first thing I saw when I googled them was that they are hand made in Italy. If there is one thing I know about Italy, they make fine leather goods, as evidenced by the wife's closet. The boot is designed around a system called A.B.S.S., which stands for Ankle Bone Support Systen. Being an individual with a history of ankle rollovers, I am very selective in my boot choices and try to be careful to not put my ankles in a compromising position when afield. Through 60+ hours wearing these boots, there was hardly a time where I felt my ankle may roll. I would attribute this to a combination of the ankle support system, the deep heel cups, stiff sole, lateral stability, and Vibram super grip outer sole that kept me in a position of confidence throughout the days in the mountains. Each day gave me more confidence in the boot's design that I would not have to worry about a rollover, which is a nice feeling to have my ankles.

Check out the entire Crispi Nevada review and other images on Rokslide.com.