The guys at Team Backcountry have been wearing and trusting Crispi boots to their backcountry hunts for a couple of years now. Based in Southern Utah, these guys go far and deep in search of deer and elk each fall. Earlier this year we connected with brothers Dustin and Jason Wittwerand along with their buddy Corey Beckendorf started to work together.

While Dustin and Jason have been testing the Idaho this spring, we wanted to share a bit of Jason's recent review of the Crispi Nevada GTX.
-----

While working at the Sandy Utah Scheels in 2014, I had the opportunity to buy a pair of high-quality boots. In the past, I had always bought some less-expensive boots like Danner’s, Merrell’s Wolverines, etc., but regardless of which boots I bought, they would either fall apart after a couple months, or they would give me blisters. After going through a handful of boots in a couple of years, I decided it was time to get some good boots. Enter the Crispi Nevada’s 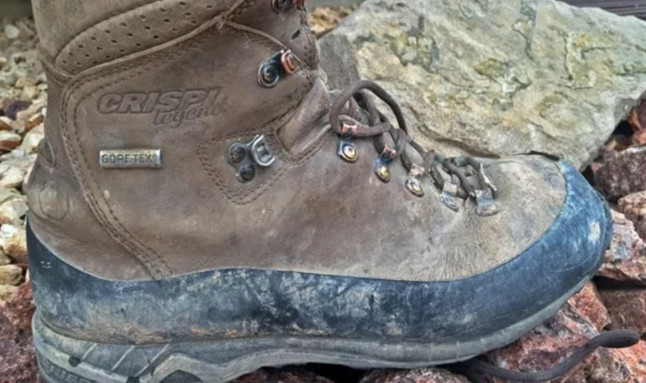 After wearing Crispi’s, Kenetreks, and Han Wag’s around Scheels for a couple days, I decided that the Crispi Nevada’s were the boots that fit me best. Even though they retailed around $400, I was still skeptical that they would last me more than one season of hiking around the backcountry. Anyone who has hunted with me knows that I do A LOT of hiking and I wear down my boots very quickly, so I needed something that was very durable, yet comfortable enough to allow me to hike 10 or more miles a day. The Merrell’s just weren’t cutting it....

Read the rest of the review and see the images on Team-Backcountry.com